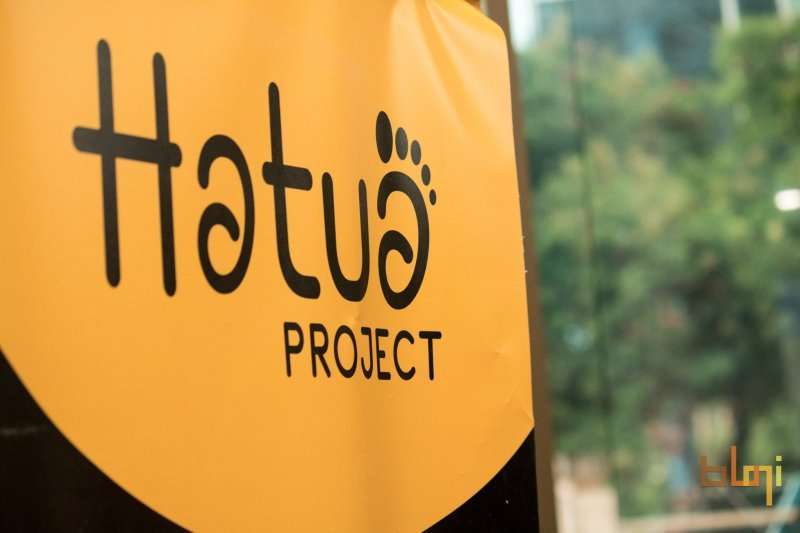 By Ashnah Kalemera |
Sandra Kitenge, a student of Mbezi High School, is determined to bridge the gender gap in technology in Tanzania. Having benefited from the Apps and Girls programme that empowers girls with computer literacy and coding-for-change skills, she sought avenues through which she could contribute to amplifying grassroots voices as part of electoral processes in Tanzania. The solution: an idea for a mobile app known as Tujibu (Swahili for “answer us”) through which grassroots communities can interact with leaders on their manifestos so they can make informed election decisions.
Alongside her studies, Sandra has since 2015 conceptualised her idea and last May finalised the web interpretation for the app. Currently, she is working on the hosting for the app and hopes to have a prototype by September.
“The app will help leaders know the needs of their people and promote accountability in fulfilment of pledges,” she says.
Tujibu was among four technology tools presented at the first Civic and Social Tech in East Africa showcase  hosted by CIPESA in partnership with Buni Innovation Hub in Dar es Salaam, Tanzania on June 16.
Another tool showcased at the event was KodiYangu, a website on tracking the utilisation of tax funds in Tanzania. Currently in prototype stage, the website is expected to enable citizens to give feedback on priority areas for budget allocations and also inform relevant advocacy and awareness raising initiatives. KodiYangu is being incubated by the Hatua Project, an initiative for catalysing citizen engagement and innovation.

Also showcased was Changia, a mobile-based platform under development by the youth-led Tujenge software development company. The app, currently in testing phase, is aimed at community fundraising at local government level for health, water, and infrastructure challenges. Through the platform, duty bearers are able to fundraise for identified community concerns and citizens are also able to hold the leaders to account for funds collected.
Meanwhile, the web-based Platform for Youth and Policy Exchange (PYPE) will be aimed at promoting awareness and engagement among youths on policy issues. Using interactive online media and tools, PYPE will maintain a policy database on various sectors and conduct polls on specific youth policy issues.
“Youths can only effectively engage in governance if they are aware of the policies relevant to them and are able to follow up on implementation,” says Farhan Yusuf, a member of the PYPE developer team. An official from the Tanzania Policy Dialogue pledged to work with PYPE on policy analysis and advocacy following the Yusuf’s presentation at the showcase.
According to various developers, an ongoing challenge for social and civic tech innovation in Tanzania is the limited availability of information. Edwin Paul of KodiYangu says that, for the tax revenue and budget allocations, the latest figures they were working with were for the 2013/2014 financial year. “We don’t have access to the figures for the following years,” he adds. Nonetheless, developers hope that implementation of the recently passed Tanzania Access to Information Act, 2016 may help in making information more widely availability.

See this on the Right to Information in Tanzania: Insights on the Laws, Policies andPractices

Other challenges that Tanzanian developers face include high levels of illiteracy and low incentives for adoption of civic tech tools by duty bearers and citizens. Moreover, given ongoing cyber security challenges, participants at the tools showcase urged developers to make ensure their platforms have strong security provisions to safeguard against hackers, filter spam, and secure users’ information.

A panel comprising of representatives from the United Nations Association of Tanzania, the Forum for Climate Change Tanzania, Open Society Initiative East Africa (OSIEA) Tanzania office, the Tanzania Bora Initiative and Jamii Forums also discussed the impact of civic tech on engagements between citizens and duty bearers, as well as on improved governance in Tanzania. The panellists  noted that application of technology in their respective work had helped bridge the communication gap between citizens, duty bearers and civil society, especially in rural communities. Further, technology had enhanced access to information, citizens’ participation in decision-making processes, and government responsiveness to citizens’ concerns.
However, the panellists noted that awareness of civic duties remained low, supporting infrastructure such as electricity was a challenge, and there was limited research to inform the design and implementation of technology within their interventions. They urged developers to leverage mainstream and online media, as well as physical engagements, to complement their tools.
Finally, there was also a call for more support – funding and mentoring – for young innovators in civic tech and setting up of a “governance hub” to bring together tech and governance stakeholders to innovate and incubate ideas whilst avoiding duplication of efforts.
For her part, Sandra applauds the support she has received from mentors including the team at Apps and Girls, Buni and Niwezeshe Lab. She admits, however, that working on Tujibu whilst still in school is a challenge.
The June 16 tech showcase  was the first in a series of civic and social tech in East Africa engagements organised by CIPESA as part of the ICT4Democracy in East Africa initiative. The next event is scheduled to take place in July 2017 at Outbox hub in Kampala, Uganda. 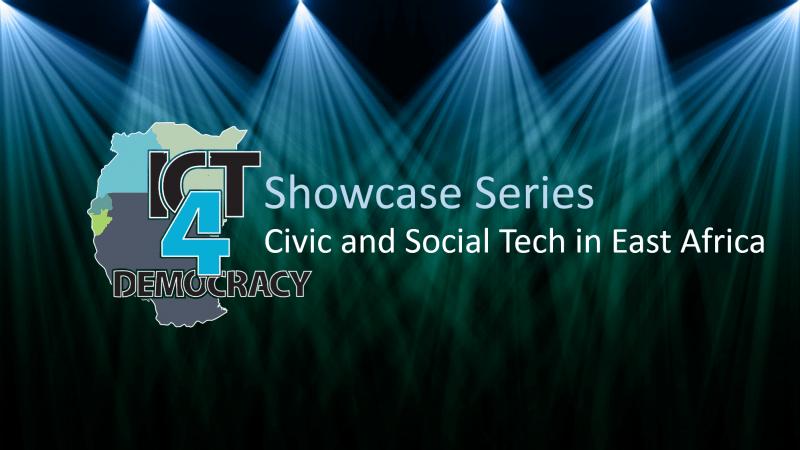 By Ashnah Kalemera |
As access to information and communication technologies (ICT) has continued to grow across Africa, so have technology-based initiatives that enable social accountability and the participation of citizens in promoting transparency and accountability in government operations.
In Kenya, Tanzania and Uganda, there is a growing number of government portals for public sector information (PSI) provision, responding to complaints about quality of public services or for corruption whistle-blowing, and generally making PSI more readily available, such as open data portals and budget information websites.
In 2013, Uganda’s finance ministry launched the Know Your Budget portal with government budget expenditure and plans for national and local levels. Citizens are able to interrogate the data and provide feedback or ask questions about budgets for different administrative units. In Kenya, the National Treasury has since 2007 published online its budgets and expenditure figures, offering citizens the opportunity to interrogate the numbers and raise queries to the treasury and to oversight bodies such as parliament.
Similarly, Tanzania developed the Wananchi Portal (or Citizens’ Portal) as a channel for receiving complaints from citizens about the quality of public services. A comparable initiative in Uganda is an ICT platform that enables citizens to provide information and tip-offs to the government anti-corruption ombudsman known as the Inspectorate of Government (IG). Using the IG’s SMS Corruption Tracker, a case can be reported to the ombudsman via the website or through texting Corrupt to 6009 toll free.
The various initiatives in the three countries are improving duty bearers’ use of ICT to provide information and get feedback from citizens, and a growing (but still unsatisfactory) number of leaders are becoming active users of ICT, particularly social media. This is aiding the sprouting of citizen-side eParticipation initiatives in Kenya, Tanzania and Uganda – in social accountability including quality of public services monitoring, in political campaigning, parliamentary monitoring, and generally giving citizens platforms to debate issues of community and national concern, including democratic governance issues.
Uganda’s Parliament Watch and Kenya’s Mzalendo use social media to monitor the performance of parliamentarians. Also in Uganda, civic groups such as Women of Uganda Network and ToroDev use Ushahidi for citizens to report on service delivery failures and thereby compelling duty bearers to take remedial action. Similarly, Transparency International’s Stop Health Worker Absenteeism initiative enables citizens in Northern Uganda to report health service delivery failures via a toll free call centre.
However, despite having a vibrant mobile and web application development sector in East Africa, partly driven by innovation hubs such as Buni, iHub, Outbox and Hive Colab, whose patrons are mostly youths, there is still a gap in the appreciation of innovation related to civic engagement and social accountability. This is a reflection of how distant the local tech industry and many youth in East Africa are from engaging in democratic and governance processes.
Indeed, according to research conducted by iHub in 2015, there was growing interest in web and mobile applications innovation in support of civic participation, service delivery, transparency and accountability across the region. However, the “hype” remained within tech hubs and tech competitions such as hackathons, often excluding other relevant stakeholders such as civil society, the media and government.
As such, CIPESA, under the ICT4Democracy in East Africa initiative, has embarked on a series of events showcasing innovation in social and civic tech geared at increasing knowledge and awareness, and promoting opportunities for collaboration among technologists and actors in the transparency, accountability and human rights arena.
Stay tuned for updates!