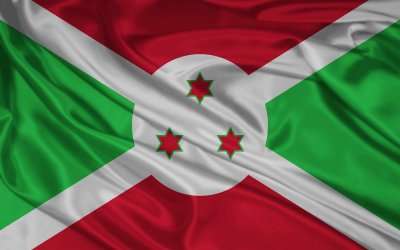 By Edrine Wanyama and Kesa Pharatlhatlhe |
The Collaboration on International ICT Policy for East and Southern Africa (CIPESA) alongside Article 19, the East Africa Law Society, the Pan African Lawyers Union (PALU) and DefendDefenders have called for repeal of Burundi’s Penal Code and the 2015 Press Law to address provisions that undermine freedom of expression. In a submission to the third cycle of the Universal Periodic Review (UPR) of Burundi to be considered in January 2018, the five organisations highlighted the worsening situation for freedom of expression and association in Burundi since its last UPR in 2013.
The organisations stress the need for the Burundi government to reopen closed radio stations, create an enabling environment for media freedom, and refrain from attacks against journalists and critics. Additionally, the submission called for the establishment of an independent body to conduct thorough investigations into crimes of violence against journalists and opposition leaders.
The UPR submission covers the legal and regulatory framework on freedom of expression, including restrictions on press freedom, restrictions on freedom of assembly and association as well as freedom of information online and offline in the East African country.
Despite recommendations made to Burundi in the second cycle of the UPR to ensure that these rights are upheld in line with international standards, it continues to maintain a repressive regime. The government has enacted draconian legislation and severely curtailed citizens’ fundamental human rights and basic freedoms.
Article 31 of the country’s constitution guarantees the protection of freedom of expression but it has been undermined by the government’s restrictions on the media, failure to reform existing laws that violate freedom of expression such as the Penal Code Act, and the enactment of laws such as the 2015 Press Law that do not conform to international human rights standards.
In its second review, Burundi received numerous recommendations to safeguard journalists against violence and harassment and to guarantee that journalists and human rights defenders have the freedom to carry out their work independently and without fear of persecution, prosecution or intimidation. However, the country has failed to implement these recommendations. The situation is by the lack of an independent judiciary and law enforcement authorities that condone violations of these rights.
In the latest submission, it is highlighted that the media regulatory body – the National Communications Council (Conseil National de la Communication) lacks independence from the executive and wields broad powers to regulate all media. Additionally, access to information is limited due to the absence of an access to information law..
The submission notes continued efforts to control and limit the online flow of information. It cites cases of government-initiated internet blockages and the arrests of social media users. Further, the introduction of mandatory SIM card registration leaves user information vulnerable to abuse in the absence of a data privacy and protection law.
The report notes that there remain restrictions to freedom of assembly and association including limiting opportunities to demonstrate against the ruling party. Towards the end of 2013, Burundi enacted Law 1/28 to, regulate public demonstrations and assemblies, which contravenes the country’s ’s constitutional guarantees under Article 19 and 32.
The report also notes that the Burundi government has failed to fully implement freedom of assembly and association as outlined in the International Covenant on Civil and Political Rights to which it is party.
The submission thus echoes recommendations made in the previous UPR round in 2013 and calls for legal reform in the areas of press freedom, freedom of expression and access to information. Additionally, the submission urges Burundi to refrain from blocking access to social media platforms and to repeal legislation on SIM card registration which violates privacy and freedom of expression.
Echoing the 2013 submission, there is also a call for private media establishments shut down by the government to be reopened. The submission also calls for the immediate release of journalists who are in detention and an end to the harassment and persecution of journalists and human rights defenders. This is in the wake of the 2016 indefinite suspension of operating permits of five civil society organisations and five media organisations, including the Burundi Union of Journalists. Additionally, the submission calls for an independent body to regulate the communications sector, in accordance with international and regional freedom of expression standards.
The report calls for the enactment of a right to information law so as to enhance transparency and accountability in governance.
Read the full submission here.