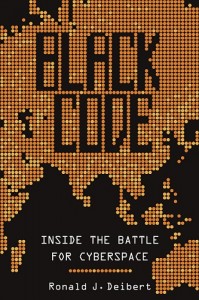 By CIPESA Writer in Stockholm
An interesting conversation is taking place in the Swedish capital Stockholm. At the Stockholm Internet Forum (SIF), which is being watched online by audiences around the world, a journalist with Uganda’s Daily Monitor newspaper asked a question that is central to much of the debate here. Should people in his country be concerned about the so-called internet rights when majority of them do not even have access to the internet, and when big numbers of them lack access to clean water? As the journalist addressed a global audience of online rights activists, back home his newspaper, the two radio stations it runs, and another independent newspaper (The Red Pepper), remained shut down for a fourth day. Under the guise of searching for a document allegedly authored by the head of Uganda’s intelligence services, which President Yoweri Museveni’s government deemed a threat to national security. The police ransacked and cordoned off the media houses. Their computers and servers were being searched; the radio transmitters switched off despite a court order for the security agencies to vacate the media premises.
However, his concerns rhyme with concerns from other participants at the forum. Questions such as, should developing countries prioritise giving access to the internet to more of their citizens or should they instead dwell on improving security and privacy for current internet users?, were at the center of the discussions.
For many of the participants from Africa who spoke to CIPESA, access to the internet remains a key concern on the continent. Only a fraction of people on the continent are users of the Internet (estimated at 15% of the continent’s population). But user numbers are rising fast, driven by increased availability of affordable marine fibre optic bandwidth, a rise in private sector investments, the popularity of social media and innovative applications, not forgetting an increased use of the mobile phone to access the internet.
But as more Africans are getting online, more African governments are moving to curtail online freedoms using both legal and non-legal means. The pity, said the African observers, was that there was little understanding in African countries of the need to protect and to promote these internet rights and freedoms. More so, in most countries there were few actors talking about these matters and creating awareness about the citizens’ right to seek, receive and impart information and ideas through digital technologies.
But back to the question: should African countries priorities access or security? “It is important when you talk of the internet not to think of it chronologically,” said Ross LaJeunesse, Global Head of Free Expression and International Policy at Google. “The internet as we know it is supposed to be free and open… you would be doing a disservice to people if you offer it otherwise.” Anja Kovacs of the Internet Democracy Project in Delhi, India, agreed: we do not need to get everyone online before we start thinking of making it secure for people to be on the internet. “Security has to come at the same time as access,” said Kovacs.
Protecting internet freedoms is becoming of growing interest to academics, human rights activists and media worldwide, including in developed countries, where some governments are using the excuse of fighting cybercrime to limit citizens’ online freedoms. Ron Deibert, head of the Citizen Lab at the University of Toronto, Canada, has led a 10-year research into this issue, and on Tuesday, May 21 launched a well-received book, Black Code in which he contends that the internet’s original promise of a global commons of shared knowledge and communications is now under threat.
Intelligence agencies that were less accountable are taking over aspects of monitoring internet freedoms. Meanwhile, citizens are placing a growing amount of data into the hands of private companies which are increasingly being asked to monitor the internet. Worryingly too is that most of the new users are coming from countries with fragile democratic systems, where internet rights could more easily be trampled.
These concerns/fears are also being investigated by CIPESA under the OpenNet Africa Project. The project is monitoring internet freedoms in a number of African countries such as Ethiopia, Kenya, Rwanda, South Africa and Uganda. We are documenting internet rights violations and reviewing cyber security policies and legislations in these countries to see how they enhance, or undermine, internet freedom.
More on SIF: http://www.stockholminternetforum.se/
Follow on twitter: @sif13