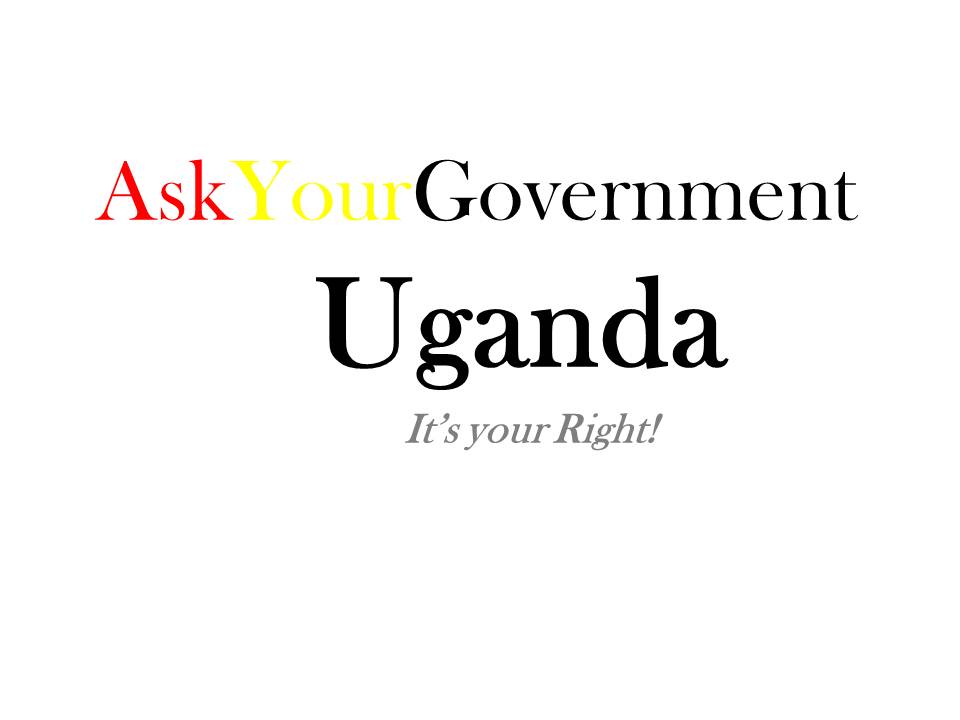 The Office of the Prime Minister (OPM) through the Ministry of Information and National Guidance today launched the Ask Your Government (AYG) online platform (www.askyourgov.ug) at the Imperial Royale Hotel, Kampala. AYG is an initiative of the OPM in partnership with the Collaboration on International ICT Policy in East and Southern Africa (CIPESA) and the Africa Freedom of Information Centre (AFIC). It is aimed at promoting Ugandan citizens’ right to information in support of transparency, accountability and good governance.

Uganda was amongst the first African countries to adopt Right to Information (RTI) legislation with the passing of the Access to Information Act of 2005. The AYG portal allows citizens to directly send requests for information to information officers in Government departments, ministries and agencies.  Responses to the information requests are relayed directly to the email address of the person who makes the requests and are also publicly displayed on the portal.

While Uganda currently has an internet reach of 20% of the population, this initiative will work alongside civil society organisations to ensure that digitally under-represented citizens including people living in rural areas and women can make information requests through the platform. Its wider target audience also includes general citizens with targeted efforts geared at journalists, researchers, university lecturers, and students.

The launch was officiated by Hon. Rose Namayanja Nsereko, Minister of Information and National Guidance who highlighted the changes that government has undertaken in improving information availability within government and amongst Ugandan citizens. She noted, “The tool avails to Ugandans an opportunity to access public information. We as government can also use the platform when planning by identifying the types of information that citizens most request.” She also added that the platform will increase public scrutiny of the Ugandan government and enhance transparency and accountability to citizens.

In his opening remarks, Simon Mayende, Director at the Ministry of Information and National Guidance (MING) in the OPM stressed the commitment of the Ministry towards “ensuring that the public access information held by all public bodies.” He added that“there should be no barriers of this right of citizens.” The launch was attended by media as well as information officers from various government offices who will be the key drivers of the success of the platform. Also present were members of civil society organisations and development partners.

Discussions explored topics such as Ugandan citizens’ rights to information as per the Access to Information Act, 2005 and accountability. It also explored the integral role that Information Communication Technologies (ICTs) play in promoting engagement between government, civil society and ordinary citizens.

Mr.Odaro commended the Government for building an elaborate legal and institutional framework to facilitate access to public information by citizens as a critical aspect of development. “This in the long run will help citizens understand government development priorities and plans while enhancing awareness and ownership of development initiatives,”  he said. He also stressed the work that has to go into sensitising government officials for increased commitment towards  right to information.

Mr.Wakabi stated that the increased proliferation of ICTs in the country provided immense opportunities for government to operrationalise existing legal frameworks and improve social accountability. Indeed, Mr.Watesa pointed out that the AYG website was an important tool in government’s efforts to improve communication with citizens – an area that government hasn’t been doing very well in.

Discussions were followed by the unveiling of the website through a demonstration in which a query on the ministerial policy statement for the Office of the Prime Minister for the year 2014/2015 was requested.

The live demonstration highlighted the simplicity of registering an account and making a direct request to government for swift responses while at the same time creating a library of queries and responses that can be accessed by other visitors to the website who may have similar questions.

A user guide was distributed amongst all those present to help them navigate through the processes of requesting and responding to information queries.

The website launch marks the commitment that government has towards making public information easily accessible to the citizens of Uganda while also providing an effective, cheaper and less time consuming solution to requesting information from the country’s public bodies.

Ask your Government is available on social media: