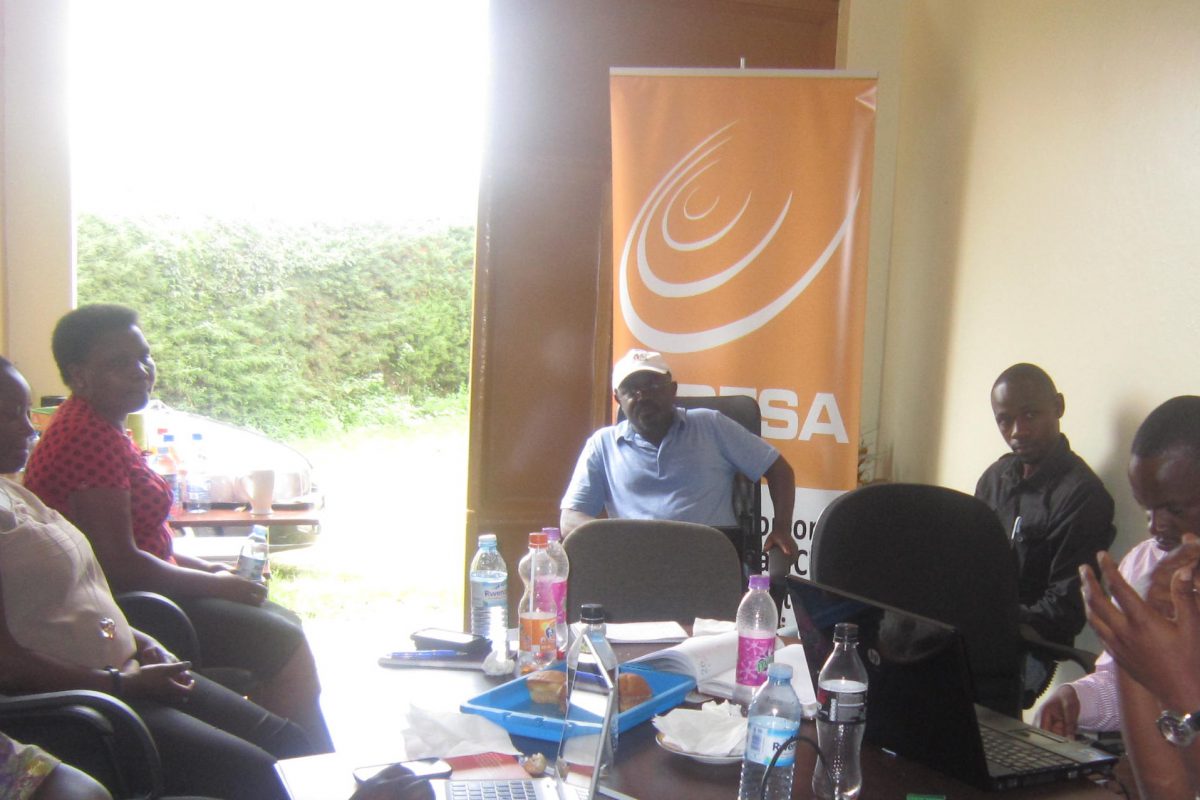 Uganda’s Access to Information Act (ATIA), 2005 is gaining traction as more journalists and citizens become aware of how they could utilise it to demand for information from public offices. Last November, journalists from 16 print and broadcast media houses were trained in using this law and the Ask Your Government (AYG) portal to address challenges related to accessing information for reporting.
The journalists were drawn from the country’s central region (Kampala) and Hoima in the oil-rich Bunyoro region in western Uganda. During the training sessions organised by the Collaboration on International ICT Policy for East and Southern Africa (CIPESA), participants discussed challenges to accessing information from government officials. Only a handful of participants were knowledgeable about ATIA and its regulations passed in 2011.
Meanwhile, in a landmark case, on February 6, a Chief Magistrate’s Court in Kampala ruled that the reasons for which information is requested or the belief about how it will be used “are irrelevant considerations” in determining government’s approval or denial of a request. The ruling came after the Hub for Investigative Media was denied access to information related to activities of the National Forestry Authority funded by the World Bank between 2009 and 2011. The landmark ruling sets a precedent that could make it easier for journalists and citizens to exercise the right to information.
The journalists involved in the CIPESA trainings reported that in most of their practicing experience, they sought and acquired information from “inside sources” on condition of anonymity, as civil servants habitually declined to officially provide the information requested.
“Some government bodies do not have public information departments, forcing journalists and citizens in need of information to move from one office to another, often in vain,” remarked John Kibego, who writes for The Observer newspaper from Hoima. “Many times when there are PR (public relations) people they do not have sufficient information.”
Hoima lies more than 200kms north-west of the capital Kampala. A lot of information related to the country’s oil sector is centralised at the national government in Kampala and the country headquarters of key sector players such as Tullow and the China National Offshore Oil Corporation (CNOOC), who have invested heavily in oil exploration activities in Hoima. This caused great difficulty for upcountry based journalists to access information on exploration and related activities in the region.
According to the trainees, in the instances where information was readily available, it appeared to have a public relations spin to it and did not adequately fulfil the requirements for which it was requested.
A journalist from Community Green FM in Hoima said the station had offered a free one hour programme for government to showcase work in the region, “but we have to beg government officials to come to the show and sometimes they do not come. Sometimes we have to promise to pay them before they come to the show.”
It was also noted that some government officials feel the media is always out on a witch-hunt, making them reluctant to part with information requested by journalists.
Nonetheless, participants were encouraged to always cite the ATIA when requesting for information from government officials. The law compels public officials to release information which is not exempted by the law. However, concern was raised about the 21 days within which an official has to respond to an information request. Participants highlighted this as an obstacle to receiving timely information as required in a fast-paced media environment.
The refusal to disclose information categorised by the Act as “classified” was another challenge. Information exempted by ATIA includes that relating to matters of national security, cabinet records, protected information (such as information being used during a court proceeding), and health records.
Furthermore, some negating laws such as the Regulations of Interception of Communications Act, 2010, Official Secrecy Act, 1964, and the Anti-Terrorism Act, 2002 provided additional barriers to citizens’ right to information and proactive provision of information by public officials. The Secrecy Act prohibits officials from disclosing government information.
To facilitate the media’s work, participants were encouraged to utilise the www.askyourgov.ug portal in lodging formal information requests. The portal provided a means to rectify media concerns over perceived lack of government transparency given that requests made and their responses (granted or denied) were made public.
At the end of the trainings, participants were encouraged to register on the portal and make information requests to government Ministries, Departments and Agencies (MDAs) as they develop stories for their respective media houses. Over the coming months, CIPESA will be documenting the developed stories as case studies on the implementation of the Access to Information Act in Uganda.

See a journalist’s experience using the portal: Ask your Government Could Stamp Out Corruption in Uganda

AYG is an initiative of the Directorate of Information and National Guidance, Office of the Prime Minister (OPM) in partnership with CIPESA and the Africa Freedom of Information Centre (AFIC).
To learn more about AYG, see: