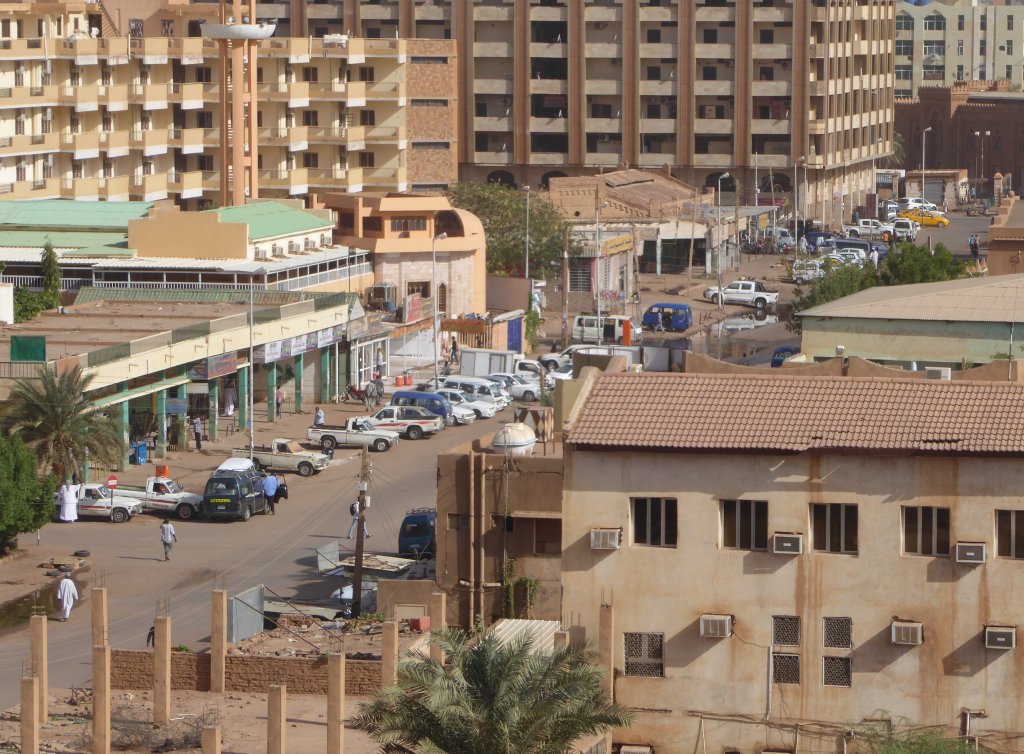 By Khattab Hamad and CIPESA Writer |

On December 19, 2021, the third anniversary of the start of the uprising that overthrew former Sudanese strongman Omar al-Bashir, protests against the current military rulers rocked the capital Khartoum. Yet these demonstrations are only a small part of the north African country’s challenges, as it remains saddled with a slew of repressive laws that undermine civil liberties, with the digital civic space particularly under attack.

Despite the constitutional guarantees and proliferation of technology, a new briefing paper by the Collaboration on International ICT Policy for East and Southern Africa (CIPESA) shows that the state of digital rights remains precarious, with the cybercrimes law enabling the military rulers to harass dissenters and critics under the guise of fighting false information online.

Frequent internet shutdowns remain a constant reminder that the government will go to great lengths to control access to and use of digital technologies for mobilisation. In the last three years, six internet disruptions have been recorded, mostly ordered to thwart public protests against bad governance. The disruptions have had significant economic implications and only ended following the intervention of the courts.

The brief explores the repressive elements of media and technology-related laws and how they have been used to undermine freedom of expression, access to information and press freedom in the aftermath of al-Bashir’s overthrow. Overall, while there have been some improvements since al-Bashir’s ouster, the current government continues to institute regressive measures such as news website blockages and censorship. The latest power machinations that saw the military stage a coup on October 25, 2021 are making matters worse.

The Sudanese Professionals’ Association (SPA), which spearheaded the uprising that overthrew al-Bashir, extensively used digital technologies to disseminate news about the uprising and to mobilise citizens to attend protests. The military rulers that succeeded Bashir seem to have realised the power of technology in mobilisation and embarked on continuous disruption of the internet, in addition to instituting other measures to curtail online organising, freedom of expression, and the free flow of information online.

Bashir’s dictatorship initiated internet disruptions in view of public protests calling for his overthrow, but the government that succeeded him has been more prolific in utilising shutdowns to try and shut off criticism and protests.

The longest internet disruption in Sudan’s history was recorded in 2019 and lasted 37 days. During protests around the time the shutdown was initiated, more than 100 protesters were killed. The latest shutdown started on October 25, 2021 and lasted 25 days. It was instituted after Lt. Gen. Abdel Fattah al-Burhan seized control of the government. The shutdown was ended by a court order on November 11.

In July 2021, Sudanese authorities blocked more than 30 local news websites in the run up to protests demanding the resignation of the government, a move that severely undermined the right to expression and access to information.

Meanwhile, the cybercrime law of 2020 punishes publishing “lies” and “fake news” online with a heavy penalty of four years imprisonment, or flogging, or both. This law has been used by the military to silence activists and critical state officials. Even Lt. Gen. Burhan has this year invoked it to bring a suit against a prominent critic. The Press and Publications Law of 2009 equally has repressive provisions and was last August controversially invoked to suspendAlitibaha and Alsayha newspapers.

In 2020, Sudan issued the National security law amendment of 2020, article 25 of which leaves latitude for staff of intelligence agencies to violate citizens’ privacy by giving the Sudanese General Intelligence Service “the right to request information, data, documents or things from anyone to check it or take it” without a court order. Last October, military forces that staged a coup appeared to use this provision to search people’s phones in the streets to delete documentation of human rights violations perpetuated by security forces. 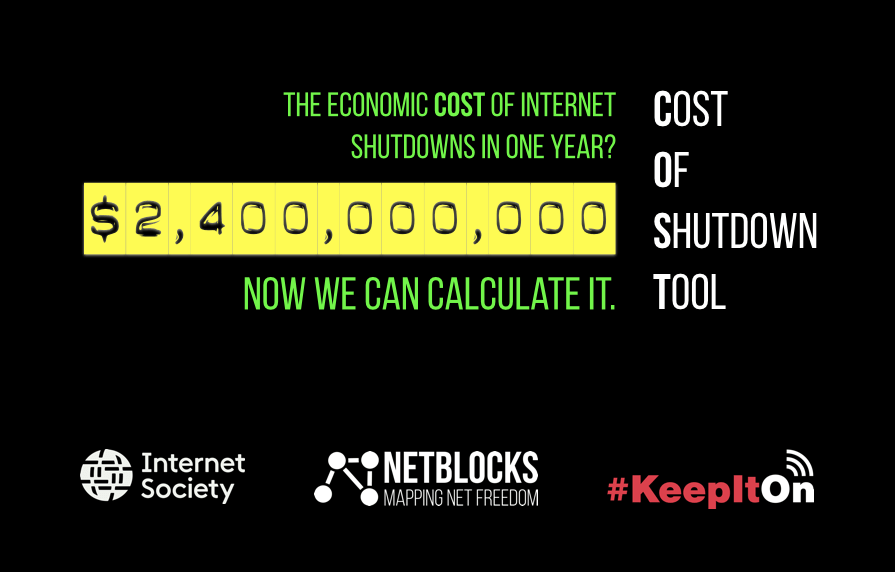 A new tool to support internet freedom is being launched by NetBlocks and the Internet Society, a global non-profit organisation dedicated to the open development, use and evolution of the Internet.

The organisations have partnered up to build COST, a tool that seeks to measure the economic cost of internet disruptions to support the adoption of rights-based internet governance around the world.

The internet is for everyone: This #HumanRightsDay we're launching the #COST tool with @InternetSociety to measure in real-time the economic impact of internet disruptions, throttling and mass-censorship worldwide. Together we can #KeepItOnhttps://t.co/m4jvx3QLLZ pic.twitter.com/1daGvRXgfb

The Cost of Shutdown Tool (COST) launches today to mark the 70th Anniversary of the adoption of the Universal Declaration of Human Rights enacted by the United Nations on December 10, 1948.

COST is a data-driven policy tool that automates the task of assessing the economic impact of internet shutdowns, mobile data blackouts and social media restrictions including throttling.

COST performs calculations by country, type of disruption and length of time, combining thousands of development indicators in real time to offer insights into the impact of internet governance and misgovernance on sustainable development, human rights and digital prosperity.

“This tool will empower the next stage of data-driven advocacy. By calculating numbers in real time, COST will allows us to communicate to governments and technology companies on how much revenue they’re losing when they disrupt the internet. We hope by the tool will make governments think twice before threatening internet freedom, ” Hannah Machlin, Global Advocacy Manager for the NetBlocks Group, said. 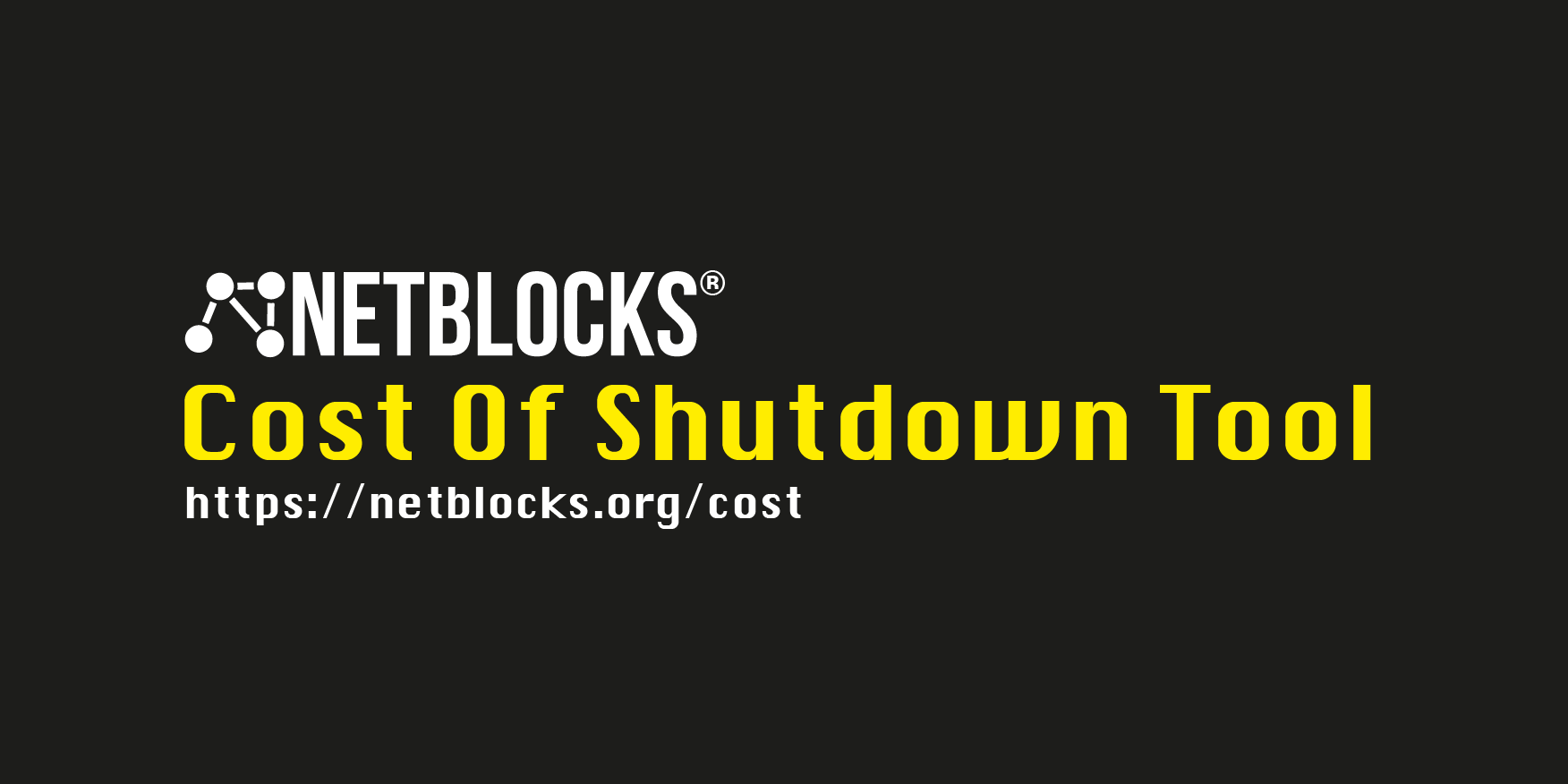 “ We believe the opportunities brought by the Internet should be available for everyone and a tool such as COST can help governments understand the economic impact of shutting down or blocking the Internet.  While we can’t quantify the human cost of switching off the Internet, this helps quantify the economic cost,” explains Constance Bommelaer de Leusse, Senior Director Global Internet Policy for The Internet Society.

The COST tool is built upon established research papers published by the Brookings Institution for global coverage and a specialised model by CIPESA for sub-Saharan Africa, taking into account indirect economic factors and informal economies that play a major role in the region. Economic indicators are integrated from open data sources including the World Bank, ITU and Eurostat.

You can read more about it here.