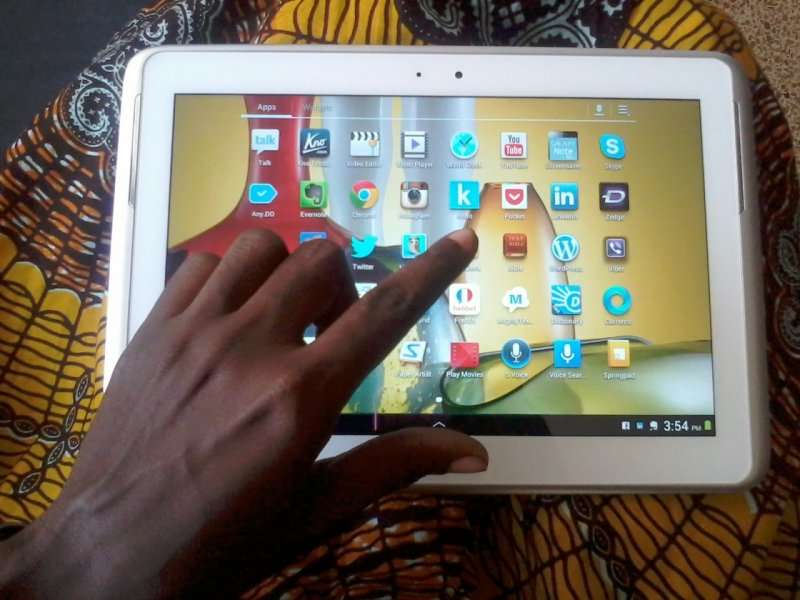 Last month, the Alliance for Affordable Internet (A4AI) released its Affordability Report 2017 which indicated that while the world will this year mark a significant milestone of 50% global internet penetration, large numbers of women in developing countries remain offline because “they cannot afford to connect.”
The A4AI report’s findings echo earlier reports on the longstanding gender digital gap that is the result of prevailing social and economic barriers including illiteracy, gender roles and various forms of discrimination. In 2013, a report by the Broadband Commission estimated that 200 million more men than women accessed the internet. Similarly, according to the International Telecommunications Union (ITU), in 2016 the difference between the Internet user penetration rates for males and females was largest in Africa (23%) and smallest in the Americas (2%).

Sustainable Development Goal 5: Achieve gender equality and empower all women and girls
The A4AI report cites slow policy development and implementation in many of the poorly performing countries as contributors to high access costs and low internet access, furthering the digital divide. Based on a study of 58 countries globally, the report also shows that only half of these countries have public access policies that are backed by financial support for implementation. Universal Service and Access Funds (USAF), aimed at supporting last mile connectivity, either do not exist or are dormant in over a third of countries. Meanwhile, in 41% of countries studied, key frameworks such as national broadband plans to guide policy reforms needed to achieve universal access are outdated or have never been developed.
In its study, A4AI ranked countries based on an Affordability Drivers Index (ADI) which is calculated based on ICT infrastructure deployment, existing policy frameworks to encourage infrastructure expansion, current broadband adoption rates, and existing policy frameworks to enable equitable access.
Latin American countries occupy the top three spots in the ADI ranking, with Columbia leading, followed by Mexico and Peru. The top five ranked African countries were Mauritius (8th), Morocco (11th) and Nigeria (13th). Botswana, Côte d’Ivoire and Rwanda followed in 15th, 18th and 21st positions, respectively.  The lowest ranked were Sierra Leone (56), Ethiopia (55), Burkina Faso (54), Sudan (53) and Cameroon (52).
Table of African Country Ranking

Of the 27 African countries studied, all but three (Mali, Senegal and Sierra Leone) had broadband policies. Meanwhile, USAF were found to be inactive or not disbursing funds in Kenya, Mali, Mozambique, Namibia, Sierra Leone, Tunisia and Zimbabwe. Active and funded USAFs were reported in Benin, Botswana, Cameroon, Côte d’Ivoire, Egypt, Ghana, Mauritius, Morocco, Nigeria, Rwanda, Senegal, South Africa, Sudan, Tanzania, Uganda, and Zambia. Burkina Faso, Ethiopia, Gambia, and Malawi had no USAF at all.
Nonetheless, the A4AI report recognises efforts by some African governments in pushing for affordable access and wider penetration for lower income groups, including through deploying universal access funds towards last mile connectivity projects, flexible operator licensing regimes, infrastructure sharing and enforcement practices.
Even then, the monthly price of 1GB mobile broadband in many African countries averaged 13% of monthly income. Only Mauritius, Tunisia, Egypt and Sudan had data plans of less than 2% of average monthly income. Sierra Leone, Malawi and Uganda had the most expensive plans relative to income, at 51.89%, 45.53% and 21.71% respectively.
The Web Foundation’s Gender Gap Audit (2016), based on research conducted in 10 countries (including Kenya, Mozambique, Ghana, Uganda, Nigeria and Egypt in Africa), also raised concerns about the gender digital divide. It stated that, “without a major escalation of policy effort and investment, most of the benefits of technological change in all 10 countries will be captured by men — making gender inequality worse, not better.”

Even when women own mobile phones, there is a significant gender gap in mobile phone usage, which prevents them from reaping the full benefits of mobile phone ownership.
Connected Women Report, 2015

Despite the promise of inclusion offered by ICT, several African women remain on the lower rungs of internet access and use. While some national strategies attempt to address increased gender equality in internet access, this cannot be achieved where progressive policies are not being implemented.