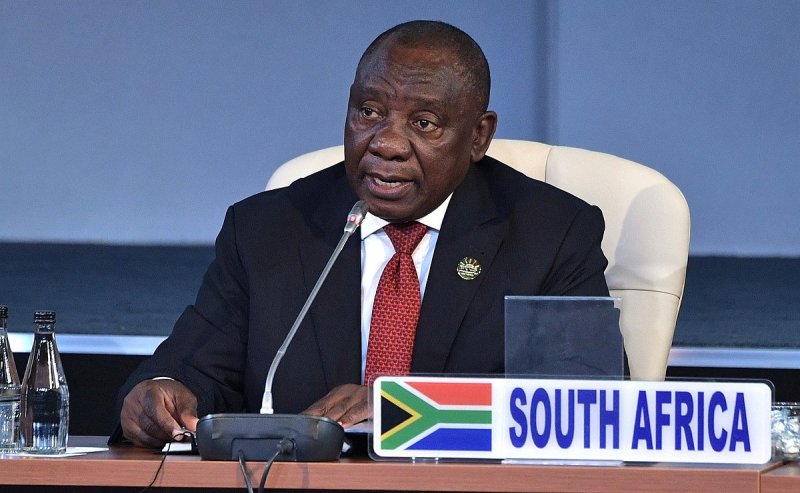 The global infodemic accelerated in part by the Covid-19 pandemic has raised important debates on how best to respond to the proliferation of false and misleading information online. The Report of the Special Rapporteur on the promotion and protection of the right to freedom of opinion and expression addressed the critical issue of misinformation, noting that some actions undertaken by various governments to contain the spread of the coronavirus may fail to meet the test of legality, necessity and proportionality. The report cautioned against the introduction of vague and overly-broad laws to combat misinformation, proposing instead that governments provide reliable information to citizens.

Six months after a National State of Disaster was declared in South Africa, the government on September 16, 2020 eased the lockdown, removing “as many of the remaining restrictions on economic and social activity as it is reasonably safe to do.” One notable restriction still in place  is the criminalisation of the publication of “any statement through any medium including social media, with the intent to deceive,” pursuant to Regulation 11(5), under the Disaster Management Act, which was issued in March 2020. The offense is punishable with an unspecified fine, imprisonment of up to six months, or both.

The regulations were followed by directives from the Minister of Communications and Digital Technologies compelling communications service providers to “remove Covid-19 related fake news from their platforms immediately after it is identified as such”. Within days of its passing, several individuals were arrested for spreading false information about Covid-19. In one case relating to a Covid-19 interview, the Broadcasting Complaints Commission of South Africa fined two broadcasters South African Rand 10,000 (USD 660).

Whilst various activists initially raised their voices in support of   governments’ efforts to halt the spread of the disease, they also cautioned against overly restrictive conditions that limit human rights including  freedom of expression, access to information and public accountability.

Civil Society Reactions to the Regulations on “Fake News”

The debate about the impact of South Africa’s Covid-19 regulations on  free speech came into focus when a leading academic and member of the Covid-19 Ministerial Advisory Committee, Professor Glenda Gray made public comments about the effectiveness of the lockdown restrictions. The Minister of Health declared the academic’s views false and misleading. This prompted leading academics to conclude that “the government has repeatedly stressed that its primary goal in managing the pandemic is to save lives. But it needn’t kill speech to save lives.”

In April 2020, the Right2Know Campaign (R2K) wrote to the National Coronavirus Command Council regarding the “fake news” provisions of lockdown regulations. Whilst noting the potentially deleterious effects of false information, R2K made  proposals to amend the regulations to ensure the protection of the right to freedom of expression. Among the amendments proposed by R2K was the definition of “fake news”  to be clarified as the “dissemination of false information with the intention to deceive…”

Further, R2K noted that the “criminalisation of speech inevitably has a chilling effect on the right to freedom of expression.” It proposed administrative penalties, rather than criminal sanctions, for disseminating false information. Another key proposal was that the government should make provision for relevant defences that an offender could rely on when faced with a charge of spreading false information.

Other critics, such as the Free Market Foundation (FMF), rejected the fake news regulations outright, calling on the government to rely on existing common law and constitutional provisions rather than attempting to regulate expression through the introduction of additional regulations. The FMF argued that, “there is simply too much information circulating in society for any centralised body to be entrusted with deciding its accuracy. Instead, we must rely on the decentralised gatekeeping network known as ‘the market’ to assist us in judging what is true and what is false.”

Meanwhile, Media Monitoring Africa (MMA) stated in a statement in March that the regulations were narrowly defined, and proposed a high standard on the state to prove “intention to deceive.” The group  said the real challenge would be the government’s ability to implement and enforce the fake news regulations.

None of these proposals were taken into account and the current regulations remain in force under the extension of the state of national disaster, imposing undue restrictions on the right to freedom of expression.

Enforcement of the “Fake News” Regulations

As part of measures to enforce the regulations, the government established a multi-stakeholder monitoring and evaluation platform and Digital Complaints Committee to monitor and respond to misinformation and fake news related to Covid-19.  Then Acting Communications and Digital Technologies Minister, Jackson Mthembu, stated that the platform aims to assess misinformation complaints, take down fake news items, and submit cases to the police for investigation and prosecution.

According to MMA Director, William Bird, the task of combating fake news should not be left to government and platform providers. Since 2019, MMA has maintained Real411, an independent digital platform for reporting suspected misinformations. Thandi Smith, MMA’s Head of Programmes, explains that complaints are assessed by a team of three voluntary reviewers with legal, technology, and media expertise. The reviewers then make a recommendation to a five-member secretariat based on a set of assessment criteria.

Upon completion of an investigation, the secretariat recommends a range of actions which may include issuing a take-down notice, fact-checking verification, and publishing a counter-narrative infographic. Bird said the secretariat reports hate speech cases to the South African Human Rights Commission for further action. Extreme cases of misinformation would be reported to the South African police, but to-date no complaints warranting police investigation have been received. Complaints about the media and editorial content are referred to the relevant regulatory authority. Smith noted that there is an appeal process headed up by a retired Constitutional Court judge.

Assessing the Effectiveness of Criminalising Misinformation

It may be difficult to assess the effectiveness of fake news regulations on Covid-19 given the rapid spread of information in the digital environment. This raises philosophical and policy issues on whether free expression online should even be regulated at all, and by whom.

Indeed, Ghalib Galant, Deputy National Coordinator & Head of Advocacy for the R2K Campaign, maintains that the challenge with South Africa’s Covid-19 misinformation regulatory framework is that government’s response was to criminalise behaviour rather than focusing on educating and supporting South Africans to understand the impact of the pandemic. As he puts it, “Government policed people, rather than healing a health pandemic.”

Galant suggested that administrative penalties may be a better deterrent than criminal sanctions. This would ensure the protection of the right to freedom of expression whilst the country debates whether or not new rules are needed for regulating false information, or a “re-imagining of section 16 of the Constitution.” Galant suggests that perhaps this could be within the purview of a statutory institution such as the Information Regulator.

Section 16(1) of South Africa’s Constitution states that “Everyone has the right to freedom of expression, which includes freedom of the press and other media; freedom to receive or impart information or ideas; freedom of artistic creativity; and academic freedom and freedom of scientific research.” Section 16(2) restricts speech related “to propaganda for war; incitement of imminent violence; or advocacy of hatred that is based on race, ethnicity, gender or religion, and that constitutes incitement to cause harm.”

The head of legal, policy and research at the FMF, Martin van Staden, said fake news regulations have not been effective as they are difficult to enforce. From his perspective, any prohibition on freedom of expression beyond Section 16(2) Constitutional limitations would amount to censorship. He stated: “The Constitution is unequivocal about the scope of the right to freedom of expression, and it does not include a provision that only ‘factual’ expression is allowed. This means that misinformation is constitutionally protected expression in South Africa, and must be left alone.”

He recommends that the government should instead provide accurate and reliable information, and develop a strong counter-narrative strategy, which would enable South African citizens to reach their own conclusions on the veracity of any information they receive.

Van Staden cautioned against the state’s “paternalism” and future attempts to introduce legislation aimed at ensuring the truthfulness of information that is disseminated. “The right to freedom of expression is meant to protect the uncomfortable, the unpopular, and the offensive,” he said.

Threats to Freedom of Expression Beyond Covid-19 Regulations

There is uncertainty on whether the National State of Disaster will be extended again beyond December 15, 2020, given concerns of a second wave of Covid-19 infections in the country. Freedom of expression experts have warned that whilst fake news may be decriminalised by a declaration of the end of the State of Disaster,  the government may attempt to use impending legislation to further regulate free speech online.

For example, in July 2020, the Minister of Communications and Digital Technologies released a call for comments on the gazetted draft Film and Publications amendment regulations, (commonly known as the internet censorship bill), which introduces a requirement for pre-classification of online content with the Film and Publications Board.

Another key piece of legislation in the pipeline is the Prevention and Combating of Hate Crimes and Hate Speech Bill, which lapsed and is currently on hold, pending judgment on the Qwelane hate speech Constitutional Court challenge which was heard on  September 22, 2020.

Qwelane contends that the prohibited grounds listed in section 10(1) of the Promotion of Equality and Protection of Unfair Discrimination Act (Equality Act) are overly broad, go far beyond the limitations set out in section 16(2) of the Constitution, and unjustifiably limit the right to freedom of expression.

The outcome of the Qwelane case will be important in clarifying the limitations on free speech for South Africans given ongoing debates on the regulation of freedom of expression both online and offline. This is particularly important in setting clear parameters for free speech and false and misleading information in South Africa. This will assist in ensuring that unprotected speech is very narrowly defined and does not unjustifiably limit the Constitutional right to freedom of expression.

Tusi Fokane is a 2020 CIPESA Fellow focussing on the the availability and use of digital technologies to combat the spread of Covid-19 in South Africa. She is also  studying the country’s readiness for electronic voting to comply with social distancing and other movement restrictions during the upcoming local government elections.