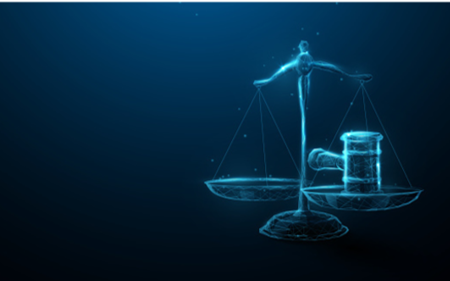 On July 28, 2022, 82 practicing advocates in Uganda were trained on defending digital rights and freedoms. The training was organised by the International Senior Lawyers Project, the Collaboration on International ICT Policy for East and Southern Africa (CIPESA), Uganda Law Society, and the Centre for Law and Democracy.

In her opening remarks, the Uganda Law Society (ULS) vice president Diana Angwech stressed that it was crucial for the society to promote digital rights as they continued to face challenges.  She added that rights abuses tend to grow during certain seasons such as elections. The ULS Rule of Law Report of 2021 documented abuses such as the state revoking of broadcasting licenses without due process, attacks on journalists, including the assault of over 20 journalists and the shooting of journalists by state security agents while covering opposition campaigns and proceedings in 2021.

In setting the pace for the capacity building training, CIPESA unpacked Uganda’s legal regime for digital rights. The session covered the meaning, scope and importance of digital rights and emerging issues for lawyers’ attention. The rights covered include freedom of expression, access to information, data protection and privacy, rights of children and their protection, intellectual property, assembly and association, the right to be forgotten, anonymity, and equal access to digital technologies.

Uganda’s constitution provides for the rights to privacy, freedom of expression, and the right of access to information. However, the country’s legislation including the Press and Journalist Act, Penal Code Act, Data Protection and Privacy Act, 2019, Anti-Terrorism Act 2002 as amended 2015 and 2016, the Access to Information Act, 2005, the Official Secrets Act, Uganda Communications Act, 2013, Regulation of Interception of Communications Act, 2010, the Computer Misuse Act, 2011, the Anti-Pornography Act, 2014 and the Public Health (Control of COVID-19l) Rules 2021 limit the enjoyment of digital rights. These laws are largely marred by vague provisions and wide limitations which enable communications monitoring and interception, and undermine free expression.

Catherine Anite of the Small Media Foundation spoke about how Uganda was experiencing a deterioration in respect for press freedom. In 2022 Uganda fell seven places on the World Press Freedom Index ranking at 132 out of 180 countries analysed.

According to Anite, while gender equality is a prerequisite for human rights, democracy and social justice, gender disparities remain evident in the media. Female journalists across the globe face similar challenges, in addition to increased and appalling levels of violence both online and offline when compared to their male counterparts. She noted:

“Female journalists have reported suffering physical and online violence perpetrated by colleagues, public figures, strangers, anonymous perpetrators. We might be speaking about journalists but as lawyers some of these things apply to our contexts as well but we don’t speak about them. These trends have negatively impacted on diversity in media because of the exodus of female journalists, which has affected their equal participation in reporting, civil and political participation due to fears of violence.”

Toby Mendel and Raphael Vagliano, from the Centre for Law and Democracy, discussed international and regional laws  on freedom of expression which are applicable to Uganda. They highlighted provisions of such as  the Universal Declaration of Human Rights (Article 19), the International Covenant on Civil and Political Rights (Article 19), the African Charter on Human and Peoples’ Rights (Article 9), and the Declaration of Principles of Freedom of Expression and Access to Information in Africa which, among others, require member states to facilitate the rights to freedom of expression and access to information online. Under these instruments Uganda is obligated to respect, protect, promote and fulfill rights.

Richard Wingfield, the Head of the Media Law Working Group at the International Senior Lawyers Project (ISLP), explored case studies on using international law to defend freedom of expression, including approaches to arguments, support and intervention as well as the filing of amicus briefs to support litigation. He explained that lawyers in Uganda could support litigation, even in cases where they are not directly involved such as by offering professional support towards impactful and successful litigation, so as to contribute to the realisation of justice for freedom of expression rights.

Practices for shaping the legal framework for cybersecurity to effectively defend human rights were discussed. Cybersecurity is critical for ensuring confidentiality of personal data at all levels.

Advanced digital surveillance and forensic tools are needed to deal with modern cyber  threats; but governments can abuse those tools if government authority is not adequately checked by confidence-inducing institutions.

Tools for cyber security such as BitDefender, malware-bytes, full disk encryption with bitlocker or file vault and strong password are critical tools for cyber security. Individuals must always be aware of potential data breaches by state authorities which often compromise individual privacy through surveillance and forensics. Common state excuses for cyber security violations were often justified by a need to protect national security, crime prevention and public order. Similarly, while laws create obligations for collectors and processors of personal data, those actors often violate the laws and, this necessitates legal intervention.

The lawyers were called upon to pay particular attention to problematic laws and policies, bills and practices so as to challenge them with the aim of establishing an enabling environment for the protection and enjoyment of digital rights.

The specific key emerging recommendations for lawyers from the capacity building training included to:

Take deliberate efforts aimed at skilling themselves in the digital rights field. This will ensure that they are equipped with knowledge and skills on dealing with issues that affect digital rights.