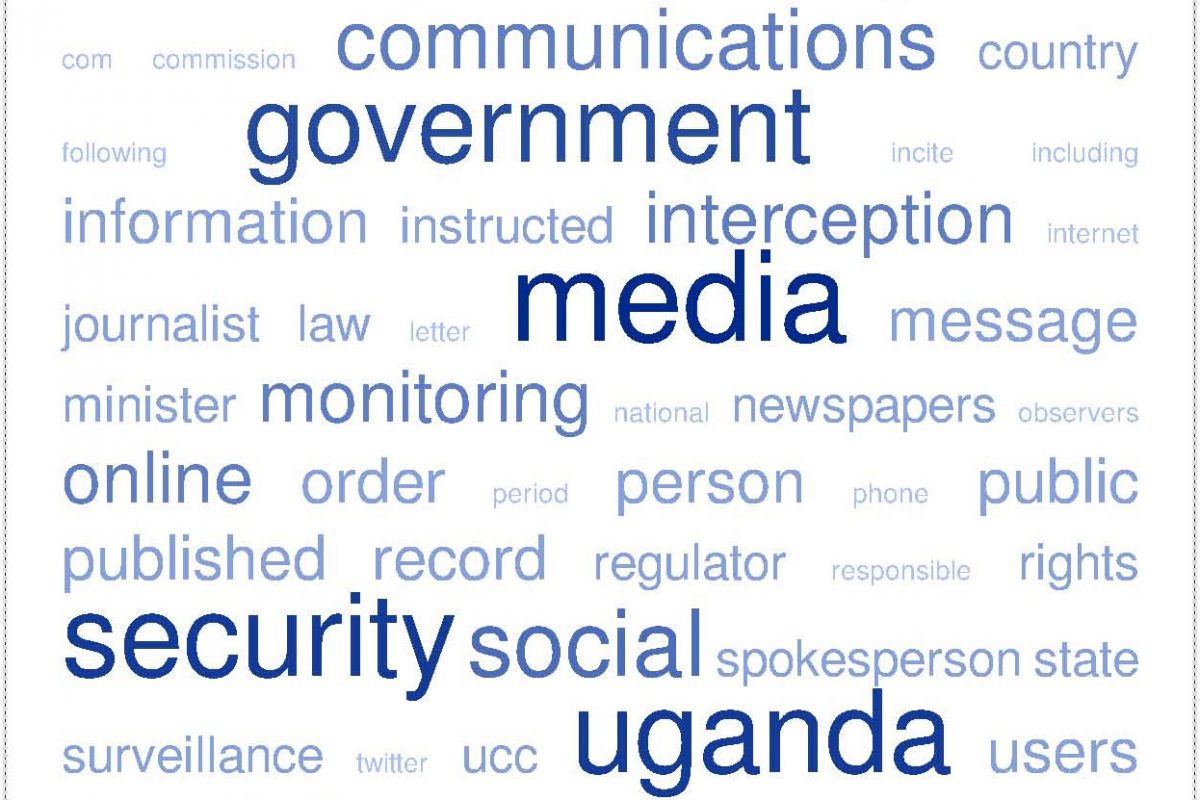 The Uganda Government’s attempt to reassure citizens that its plans to monitor social media users were not intended to curb internet rights has failed to assuage fears that authorities are clamping down on free expression of the burgeoning Uganda online community.
For one, observers say Uganda has a bad record as far as respecting citizens’ right to free expression is concerned. And this record seems to be getting worse. Secondly, the country has precedents in recent years, when the government ordered clampdowns on the citizens’ right to seek, receive, and impart information through digital technologies.
On May 30, Security Minister Muruli Musaka announced that the government would form a Social Media Monitoring Centre to “to weed out those who use it to damage the government and people’s reputations.” He accused some social media users of being “bent to cause a security threat to the nation.”
The minister made the announcement as security forces were ending a 10-day cordon of the country’s two main independent English dailies. While purportedly looking for a dossier written by the coordinator of security services, excerpts of which The Monitor and Red Pepper newspapers had published, security agencies closed the two newspapers and two radio stations run by The Monitor, for 10 days. The media houses were only reopened after signing commitments to be “responsible” in future reporting on issues related to “national security”.
The security minister’s announcement drew vibrant debate on social media and broadcast media, which prompted a government spokesperson to offer what he termed a clarification. Ofwono Opondo, head of the Uganda Media Centre and the government’s spokesperson, said the envisaged monitoring would only target cyber criminals and such types, not the majority of Uganda’s social media users whom he described as “responsible.”
Few people familiar with the Uganda government’s record are taking the spokesperson’s word. Indeed, while the legislation in Uganda states the circumstances under which an order may be made for online content to be taken down or blocked on terrorism or other grounds, recent years have seen instances of takedowns that have ignored following the law. Numerous media houses have been shut down for varying periods of time, over news and debates the government deemed a threat to national security or counter to the public interest.  There have been orders to takedown or block access to certain websites, with at least one court case against an online journalist. This, according to observers has seen the rights of human rights activists, the political opposition and media regularly trampled by state organs.
Timothy Kalyegira, editor of the online newspaper Uganda Record was in July 2010 charged with publishing material online “with intent to defame the person of the President” over articles that suggested the government was behind the July 11, 2010 twin bombs that killed 76 Ugandans in the capital Kampala. The journalist was initially charged under sedition law, but once the constitutional court declared this law unconstitutional following an appeal by journalists, defamation charges were referred against him. Security agencies also confiscated the journalist’s laptop and mobile phone.
On April 14, 2011, the regulator – the Uganda Communications Commission (UCC) – instructed ISPs to block access to Facebook and Twitter for 24 hours “to eliminate the connection and sharing of information that incites the public.” The order came in the heat of the ‘walk to work’ protests in various towns over rising fuel and food prices. The regulator’s letter stated that the order had been prompted by “a request from the security agencies that there is need to minimise the use of the media that may escalate violence to the public in respect of the on-going situation due to the demonstration relating to ‘Walk to Work’, mainly by the opposition.”
Earlier in February 2011, UCC directed telecom companies to block and regulate text messages that could instigate hatred, violence and unrest during the presidential election period. The Commission issued 18 words and names which mobile phone short message service (SMS) providers were instructed to flag if they were contained in any text message. The providers were then supposed to read the rest of the message and if it was deemed to be “controversial or advanced to incite the public”, they would block it.
In February 2006, UCC reportedly instructed ISPs to block access to www.RadioKatwe.com, a website that published anti-government gossip. Authorities alleged that the website was publishing “malicious and false information against the ruling party NRM and its presidential candidate.”
The Regulation of Interception of Communications (RIC), 2010, which parliament hurriedly passed in the aftermath of the July 2010 bomb attacks, allows for interception of communications and possible intrusion into personal communications. It also requires telecom companies to collect customers’ information, including name, address and identity number, and to take other measures to enable interception. A registration of all SIM card owners in Uganda exercise concluded on May 31, 2013, which could make the monitoring easier.
Meanwhile, the Anti-Terrorism Act No.14 of 2002 gives security officers powers to intercept the communications of a person suspected of terrorist activities and to keep such persons under surveillance. The scope of the interception and surveillance includes letters and postal packages, telephone calls, faxes, emails and other communications, as well monitoring meetings of any group of persons. Others powers include the surveillance (including electronic) of individual’s movements and activities, and access to their bank accounts.
Uganda has an estimated 6.2 million internet users. Web traffic analysis by Alexa.com rank Facebook as the most accessed website in the country. Other social media sites, such as Youtube, Blogger, LinkedIn and Twitter are among the top 15.
*Under the OpenNetAfrica initiative, CIPESA researches into internet freedoms in various African countries. Read more on Intermediary Liability in Uganda here.