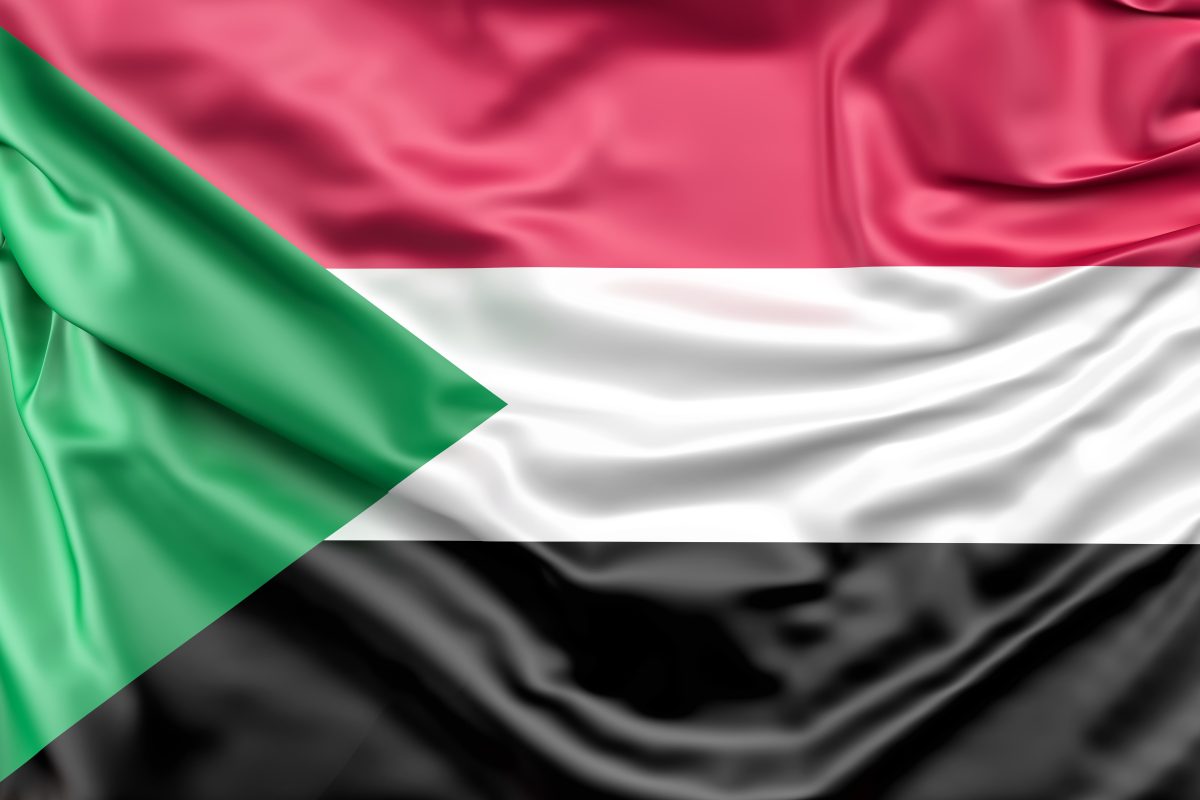 Over three years since the ouster of long-term authoritarian president Omar al-Bashir, Sudan’s ongoing political crisis continues to present challenges for internet freedom in the country. Initial positive reforms initiated by the transitional government led by Prime Minister Abdalla Hamdok have been clawed back since a  military coup in October 2021. The new military government has weaponised laws, continues to institute network disruptions, and is clamping down on civil society organisations so as to consolidate its grip on power and silence critics.

The political situation in the country has had a marked correlation with the state of internet freedom in the north African state, whose record was largely poor even before the crisis deepened. According to the Freedom On The Net 2022 report, Sudan scored 29 out of 100 on internet freedom, thus continuing its classification on the index as “Not Free”. Developments in 2022 signalled a rapid decline from the progress recorded in 2021 and 2020, when the country scored 33 and 30 respectively on the index, up from a lower score of 25 in 2019.

The Cybercrime Law Continues to Repress

One of the measures adopted by Sudanese authorities has been the use of internet-related laws as a weapon for repression. The cybercrimes law, which first came into force in the final days of al-Bashir’s regime in 2018, and its amendments in subsequent years, appear to be aimed at thwarting mass protests and restricting critical opinion of the government and its officials. The most recent amendment to the law, which contains vague provisions, was first announced in April 2022, with some reports stating that it was intended to criminalise acts such as insulting the leaders of the state and undermining the prestige of the state.

On November 2, 2022, the government spokesperson announced that the cabinet had adopted the amendments. The announcement stated that the law was necessary to address the proliferation of information-related crimes and the concealment of their perpetrators through the use of modern computer applications. Also, it claimed that it was necessary to address the shortcomings of the application of court fines that had failed to achieve complete deterrence. The amendment obliges courts to imprison offenders where the victim of defamation or fake news is a governmental public figure.  As of December 2022, the amendment law is yet to be published and is awaiting the final approval of the President of the Sovereign Council.

Article 21 of the cybercrime law provides that: “Whoever prepares or uses the information or communications network or any information means or any applications to publish or promote ideas, programs, words or actions contrary to public order or morals, shall be punished with imprisonment for a period not exceeding six years”. Under article 24, “Anyone who publishes lies or fake news in cyberspace will be punished [with imprisonment of] four years, fined or both”.

Meanwhile, article 25 states that “Whoever prepares or uses the information or communications network, or any information means or applications to defame any person shall be punished with imprisonment for a term not exceeding six years.” The law also imposes a penalty of up to seven years imprisonment for anyone who obtains data or information that affects the “economy or the national security” of the country, which terms are not defined.

These articles limit access to information and freedom of expression as they fail to provide a clear definition of the acts constituting the offence, are excessive, and use undefined terms such as “public order” and “morals”, which can be interpreted subjectively by security and prosecutorial agencies and applied to punish legitimate expression.

The contentious provisions of the cybercrime law have been used to limit press freedom through the blockage of access to online news websites. In September 2022, the public prosecutor ordered the blockage of the website of the Al-Sudani newspaper, one of the most respected dailies in Sudan, without even notifying the newspaper’s management. The Sudanese Electronic Press Association condemned the order, stating: “We reject prior trials and convictions from any party except the judiciary”. Ultimately, the website was not blocked after the leakage of the prosecutor’s order.

In the same month, Abdalrahman Al-Aqib, a journalist, was arrested by police after publishing an investigative article on corruption at the Ministry of Minerals in a local daily and on his Facebook account. Al-Aqib was charged under articles 24 and 25 of the cybercrimes law for publishing lies and fake news. Following his arrest, the Sudanese Journalists Syndicate condemned the actions of the police. It stated: “Al-Aqib was treated in a humiliating manner, and they did not respect his most fundamental rights, amid delays from the police’s duty officer, so as not to obtain his legal right to the guarantee”.

In both cases, the government’s response was primarily reprisal as opposed to offering counter-responses to the allegations raised in the stories. Notably, authorities did not use the press law against the journalist, perhaps because it prescribes less penalties in comparison to the harsh penalties under the cybercrimes law. The press law does not provide for imprisonment of journalists; rather, it stipulates disciplinary sanctions, such as fines and suspending a journalist from publishing for a specific period.

Disruptions to internet access and blockage of social media continues unabated, with authorities justifying them as necessary to ensure “national security and emergency state”. Five have been recorded during the past 15 months.

During the October 2021 coup, the army imposed a nationwide internet shutdown to isolate the protestors from mobilisation to resist the coup. The shutdown lasted 25 days, and after access was restored, some social media platforms remained blocked for two more days. On the one year anniversary of the coup, the authorities shut down the internet for eight hours during a public march organised by pro-democracy groups against the coup. Earlier the same month on October 18, 2022, a regional internet shutdown was imposed in Wad Al-Mahi, a governorate in the Blue Nile region. The shutdown was in response to tribal conflict in several villages in the area. It could not be independently verified when access was restored.

Also, on June 11, 2022, the public prosecutor ordered the shutdown of the internet for three hours on a daily basis, over a 12-day period. The reason given was that it was necessary to prevent cheating during the national secondary school exams. Following the 12-day period, the internet was again disrupted for 25 hours on June 30, 2022, during the “Million Man March” to mark the anniversary of the 2019 massacre of protestors by the military.

Catalogue of Internet Disruptions in Sudan Since October 2021

These recent incidents mirror Sudan’s long history of instituting network disruptions, rivalled only by neighbouring Ethiopia. Crucially, the disruptions are indicative of the current regime’s bias and disregard for freedom of association and assembly. Three of the internet disruptions (October 2021, June 2022 and October 2022) were in response to protests against military rule. In contrast, the military did not implement any disruptions on October 29, 2022, when the Sudan People’s Appeal Initiative held protests. The initiative comprises supporters of former president Al-Bashir’s ousted regime, who protested in Khartoum demanding that the United Nations not interfere in Sudanese affairs.

The government has also led an onslaught against civil society organisations. For example, on October 23, 2022, the Human Aid Commission (HAC), which is the regulator of non-governmental organisations in Sudan, notified the director of the Sudanese Consumers Protection Society (SCPS) of its decision to cancel SCPS’s registration, seize its assets and properties and freeze its bank accounts inside and outside Sudan. The SCPS has been at the forefront of advocating against network disruptions by pushing for the enforcement of contractual obligations of Internet Service Providers (ISPs) to provide services to their customers.

The affronts by the Sudanese government on internet freedom and civic space go against its obligations under international human rights law. The design and deployment of punitive laws by authorities to target and silence activists, government critics, journalists, human rights defenders (HRDs), and the political opposition create an environment of fear and self-censorship. Equally, responses such as the deregistration of civil society organisations only serve as a threat to other civil society organisations, of possible sanctions. Lastly, these actions together with internet shutdowns and the repression of digital rights through the cybercrime laws constitute unjustifiable limitations of freedom of expression, assembly, association, access to information, rights of the media, and rights to political participation.

In order to chart a democratic path in the coming years, the Sudanese government must show commitment to uphold media and internet freedom. Policy reforms should repeal regressive provisions such as the cybercrimes law. Sudan should also desist from interrupting access to the internet and social media.

+ Khattab Hamad is a journalist and digital rights researcher who has recently co-founded the Digital Rights Lab Sudan.