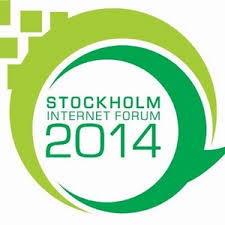 By Ashnah Kalemera
The issue of internet users’ privacy and security has been widely debated since the Edward Snowden revelations last June put a magnifying glass on the extremes that some governments, such as the U.S., are prepared to go to in the fight against terrorism and cybercrime.
To-date, debate rages on amongst human rights activists, government, media, academia and the private sector on the effects of surveillance on internet freedoms. It is also becoming apparent that some developing countries are also taking to surveillance of their citizens’ communications.
These discussions continued at this year’s Stockholm Internet Forum (SIF), themed “Internet: privacy, transparency, surveillance and control”. The annual forum hosted by the Swedish Ministry for Foreign Affairs in partnership with the country’s Internet Infrastructure Foundation (.se) and the Swedish Development Cooperation Agency (Sida), took place in Stockholm, Sweden, May 27–28, 2014.
In her opening address, Anna-Karin Hatt, Sweden’s Minister for Information Technology, said there would be grave consequences to basic human rights if states across the world continued to undertake unrestricted surveillance.
“During the last year, we have had more than one reason to discuss the behaviour between states and the behaviour of states within their borders,” she said. “The most valuable lesson has been that all surveillance must be subjected to strict limitations.” She added that “no system of surveillance must be justified because it is technologically possible.”
Rather, where legitimate cause exists, “surveillance must be proportional to the benefits it brings to citizens in terms of reduction in crime and improved security”. Furthermore, she argued, it must be based on transparent laws that are adopted through democratic processes.
She also noted that the last year had seen many multi-stakeholder meetings and processes on the matter. These included the 2013 global Internet Governance Forum, NetMundial, the Freedom Online Coalition, and the 2014 Cyber Dialogue. However, she added, it was still important to continue these discussions with participation from a broad range of state and non-state stakeholders in order to reach a consensus.
According to the International Telecommunications Union (ITU), only 19% of Africans use the internet compared to 75% (Europe), 32% (Asia) and 65% (the Americas). Africa also has the lowest mobile phone penetration rates. Low literacy levels, high cost of accessing and owning ICT, acute shortages of electricity, gender inequalities and a shortage of skilled human resources have contributed to the continent’s low ICT use. Even with this limited access, internet use is further impeded by government policies and practices that threaten internet freedom.
While African governments may not be blatantly or capably conducting surveillance on the scale of the National Security Agency (NSA) in the U.S., in recent years they have not shied away from requesting for social media users’ information and seeking content take downs. This is a reflection of the growing interest in what citizens are doing online.
According to the recently published State of Internet Freedom in East Africa report, national constitutions and a number of legislations on the continent provide for freedoms of expression, assembly, privacy and access to information. However, various recently enacted laws take away from citizens’ enjoyment of these freedoms in the online space.
James A. Lewis, director and senior fellow at the American Centre for Strategic and International Studies, asserted that post-Snowden, the debate had shifted from freedom of expression to privacy versus security. The latter were not guaranteed on the internet. “I have never seen a government that does not conduct surveillance on its own citizens. The challenge is extending sovereignty without sacrificing human rights,” he said.
But what is the perception in the developing world where it is estimated that the next billion internet users will come from? Should Africa prioritise access over security? Alison Gillwald, executive director of Research ICT Africa, noted that many people on the continent are more concerned about getting access to the internet and less so their privacy online.
Meanwhile, emerging threats from terrorist and militia groups in Africa seem to have influenced the way some governments perceive internet freedom. In Nigeria, Gbenga Sesan noted that the abduction of 300 schoolgirls by a Muslim extremist group had re-enforced state surveillances measures. “The government is using such incidents to justify ‘rule of law’: ‘if we should provide you with more security, we need to access your privacy’,” said Mr. Sesan.
Perhaps, as Eileen Donahue, Director of Global Affairs at Human Rights Watch pointed out, even with continued discussion and research on the matter, “we may not be able to figure out how to proactively reconcile the internet and human rights.”